Mark Twain always said he never let his schooling get in the way of his education. Victor Hugo always said he who opens a school door closes a prison.

So where exactly does that leave Ruairí Quinn?

Rarely has any Minister for Education received a more savage beating at the annual round of teacher conferences as Quinn did this week.

Even if he managed to roll with the punches, it’s hard to imagine a more vicious reception from those teachers if he’d threatened to close all schools and turn them into prisons. Although it could be argued that in certain cases they already are.

Indeed what seems to worry some people I know in the teaching business – more than any of Quinn’s planned reforms for the education system – is that reception.

If there is such fear and loathing towards change, at primary and secondary level – even in addressing something as basic as gender imbalance among primary teachers – then it could be a long time before any education policy, archaic or otherwise, is reformed.

And that, more worrying than anything else, includes physical education (PE).

There’s little doubt that many of Quinn’s proposals on education and teacher training require further negotiation. Although no one has been jeering or booing – or indeed heckling through a megaphone – about the proposal to make PE a core examinable subject in the Leaving Certificate.

At least here there is simply no counter-argument.

Prof Niall Moyna at DCU has been campaigning on this subject for a while now. Earlier this year he helped carry out a survey which suggested that 80 per cent of Irish secondary school teachers believe PE should be put on the Leaving Certificate.

That would help give proper recognition to sport and physical fitness within the school curriculum, or at least the same recognition that art and music and even home economics already gets.

Minister for Sport Leo Varadkar has also given his backing to the proposal, as long as PE included a mix of physical challenges and the study of physiology and sports science. Again there is no counter-argument to that.

There is already agreement to get PE on to the new Junior Certificate, although it’s around the Leaving Cert that the subject – or rather the lack of it – becomes the bigger issue.

Further evidence of that came with the recent publication of a more extensive survey from the ESRI, Keeping Them in the Game: Taking Up and Dropping Out of Sport and Exercise in Ireland .

This site uses Akismet to reduce spam. Learn how your comment data is processed. 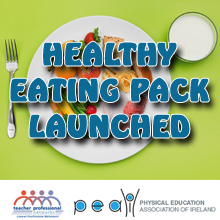 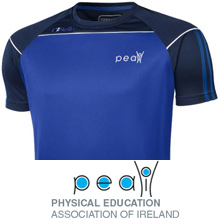